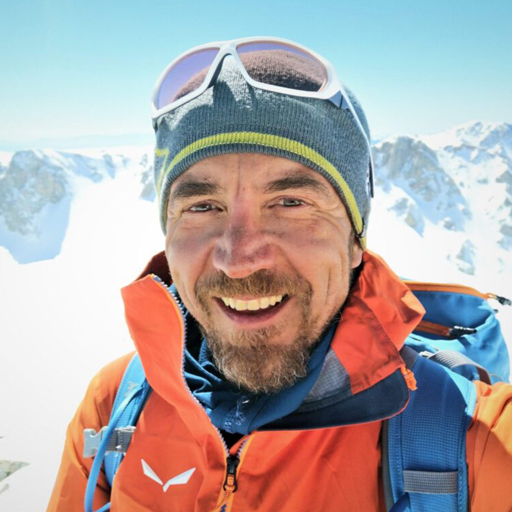 Pavlos loves nature and traveling, as well as the urban life in between. He studied Mass Media Communication and Film Directing and from time to time used to heal his frostbites or mountain sunburns in the cozy shaded studios while producing some award-winning documentaries. However, what struck him most are the live scenarios.
You can find him climbing a snowy ridge on an eight-thousander, guiding people in the wilderness, playing guitar with children at a campfire, inspiring audiences at TedX or designing new trips for active travelers.

Pavlos as certified high mountain alpinist-guide, accompanies, frames, animates, teaches and trains mountaineering and its assimilated activities for all public.

He has been writing in the relevant press since 1986.
Mostly though he is active in the film and multimedia sector, producing a number of documentaries ex. CHO OYU, From Olympus to Everest, Andes, Kalymnos Story, etc. 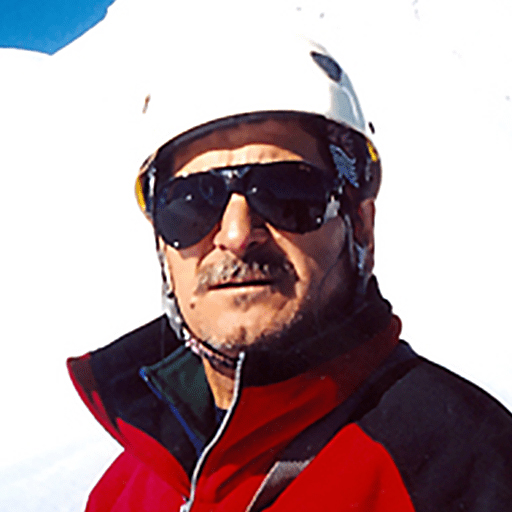